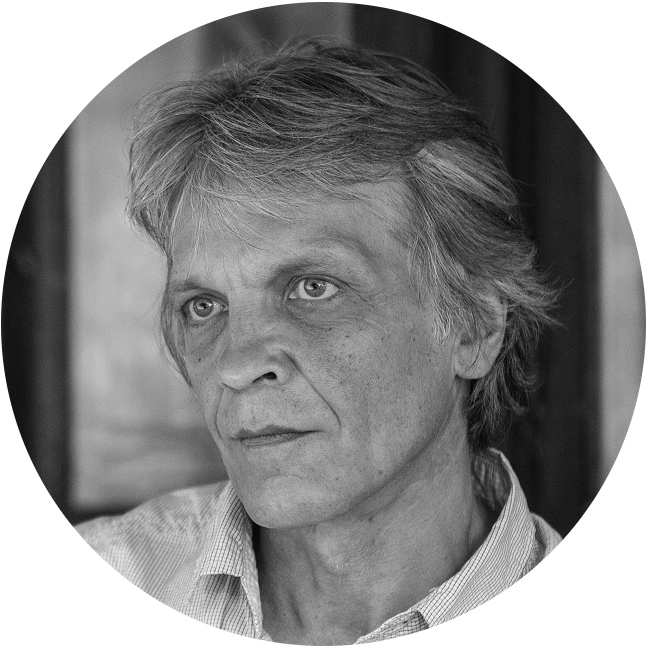 Tucked in an old, claustrophobic car, the Ukrainian sheriffs take you on a truly Gogolesque ride through a sleepy backwater of a village.

Direct, ruthlessly honest and often irresistibly funny, this film reveals the Ukraine concealed behind the veil of media imagery.

The story elevates us to the heights of a human virtue and throws us into the deepest abyss of us hearing and understanding injustice. In a country with the biggest police force in Europe, Ukraine, there is a lack of policemen in rural communities. However, one rural community has found a solution. On the mayor’s initiative, people chose two local men, two retired policemen, Victor and Volodya, and gave them power to take care of the public order, as well as a car, and named them “sheriffs”.

Ukrainian Sheriffs is a real life story about two local sheriffs and the villagers of a remote village near Crimea, Stara Zburievka. Following the sheriffs on their everyday duties, the story gives us a look beyond the war and the ongoing political events inside the everyday life of the villagers, foregrounding the tension between personal survival and political justice.

What was meant to be a film about a few people from the Ukrainian countryside and their everyday struggles, arousing mainly from prevalent unemployment, poverty and illiteracy, at the end portrays the faith of a whole nation during the turning period in its history.

When I first met the mayor of this village and the sheriffs, I was totally fascinated: in a country where everything was corrupt, authorities not working properly, and the police never around, the people were not complaining, but found an alternative way to arrange their life. I immediately started following them with my camera and discovered another universe with its own morality, beliefs and fears, sometimes absurd but very human. Then I realized that life in the village is full of paradoxes but it reflects all the events in my country, on a smaller scale. There is a pro-Russian separatist living in the village, all the time competing with the mayor for power. Villagers are afraid of war, but draft the locals to fight in the war. And they band together to collect food and goods for the Ukrainian army.

They are trying to deal with the new reality on their own, like all Ukrainians do now. Following recent political events in Ukraine and personal stories of the sheriffs, I made a very honest film. I would love to call it a tragic documentary comedy.